It’s been a couple of weeks since I got put in the Power Glove, and it’s been the biggest change of pace I’ve had in a long time. I’m still at work, and while I’m supposed to be avoiding using the rebellious buggers, my fingers still have to type from 7:30 – 4:00 – so I figured I could make a quick stop back in the blogosphere too. Because I miss you all an absolute TONNE.

My GOODNESS I miss electronic communication. I was told to stop texting (still not having caught up to the touch-screen generation, the keypad wasn’t doing me any favours), and I have subsequently lost all form of socialisation.  It makes you feel a bit rubbish when you have to stop contacting people the way you’re so used to, and then realise you’re the only one who usually initiates anything. 😦 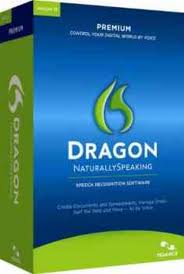 I’ve run into the odd person on the bus, had one lovely dinner date, and a few phone calls from friends across the country, but other than that? I’m feeling a bit of a social castaway. What doesn’t help is not being able to blog or write – two of the things in life that bring me the most joy. Last week, I was over the moon when I saw Vista came with a fully installed speech recognition programme. I spent an hour training it and all seemed to be going well until I started trying to use it. Five mistakes per sentence soon became more trouble than it was worth, and the novelty wore off immediately. Does anyone have any experience with Dragon?

I’ve seen a hand physiotherapist twice in the last couple of weeks, and though the splints are helping me do things like, you know, actually dress myself and brush my own hair, without them there’s still a tonne of pain whenever I try to grip or hold onto anything at all. Why do we train ourselves to ignore our bodies when they’re trying to tell us something’s wrong? Why do we shut out the signals and hope it’ll go away, until it’s too late?

Old age or illness are never comforting thoughts. For an artist especially, it can be a real horror. It rings up images of arthritis in which merely holding a brush can bring anguished pain. It threatens the artist’s lifeline to the outside work, his or her vision. It often entails frailty and fatigue where once there was strength and vigour. There can be sadness and despair, yet the creative urge never dies. Sometimes it is the one spark that keeps an artist alive and aware. It can be a harsh taskmaster, driving the aging artist, now with excruciating pain, and an uncertain, but nonetheless final, deadline to do that which in youth would have been quite easy. Where others might simply give up, the true artist adjusts. Claude Monet painted massive garden scenes seen through double cataracts with a brush bound to fingers which could no long grip it. Henri Matisse, in the last decade of his life, following repeated, debilitating surgeries, his eyesight also failing, and so weak he could no longer get out of bed, adjusted to his condition by moving to huge sheets of paper he could still see and large blocks of painted paper meticulously arrange by assistants according to the master’s directions. The work was necessarily abstract. No more could he create the intricate, flat, interior designs or two-dimensional painted figures that had long been the hallmark of his flamboyant style. His gouache on paper work entitled The Snail, created in 1953, just a year before he died, is an excellent example of the adjustments an old man made in continuing to do as best he could what best he loved. Much of his work is a testament to a man’s sheer stubbornness to persist in the face of years of daunting debilitation, giving new meaning to the phrase, “A man’s gotta do what a man’s gotta do.”

I hope desperately that this is only temporary. I hope with all my heart I’ll be able to, some day soon, fix this problem and once more be able to write whenever I want to instead of once or twice per month, to read your stories, email, engage in discussion, and to work on my creative stuff… it is my biggest dream and remains the sole thing that brings me most joy. But for now, I have to take this step back. A friend once told me, “if you have the urge to do something, and you feel like you have to do it, it means that’s what you should be doing“. I still feel I should be writing, but the Universe right now has other plans. I don’t know what those plans are, but, as with all the big things in life, I have faith that this is happening for a reason, and that somehow, that reason will become clear.

Okay. Enough whinging. I just wanted to check in to let you all know I miss you, and hopefully, if I can find some decent software, I’ll be able to rejoin the Internet soon.

Have a wonderful weekend everyone 🙂