If you’ve been reading my blog for any length of time, you’ll probably know there are a few things I’m rather passionate about. Music, great writing, history, education, science, compassion, travel… these all hold special places in my heart. Bigger things, challenges, growth, introspection, and the psychology behind so many things we experience along our paths also enthrall me. I’d love to be a fly on the wall of humanity, witnessing the ways in which we live, interact with each other, think of and define ourselves, react and relate to people and events, and why every one of us is so very different. To watch our minds’ internal hardwirings mesh with our hearts’ deepest emotions, combine with the global supporting cast, and see the endless dramatic possibilities play out on the stage that is our lifetime.

Gravitation is one of the fundamentals of nature (I did say ‘science’…), in which objects with mass attract one another. But I think the same philosophy can also be applied to our interpersonal relationships – applied to that global cast of characters that have starring roles at various stages in our life.  I like to think people come in and out of our lives being gravitationally pulled in and out of each other’s orbit, in an elaborate dance orchestrated by the Universe, only learning the steps as we go.  Sometimes we try and make it work – just because the person has arrived in our life, we automatically think we’re supposed to have some sort of relationship with them – but I think certain people are placed in our lives to teach us lessons, not just to befriend. 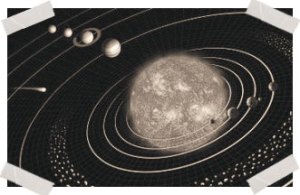 Interpersonal relationships and their subsequent timing, strengthening, weakening, death and resurrection absolutely fascinate me. I’m a firm believer that everything in life has its right time for happening, and a lot of personal frustration can stem from wanting to have control over when things happen in our life rather than having faith that they will, when they’re supposed to. This can happen with wanting the right job, the right house, the right friends, the right partner… we grow up with this notion that by a certain age, we should have certain things, and if they haven’t happened yet, we go into panic mode. We start believing there must be something wrong with ourselves, especially when surrounded by Things Happening for Everyone Else, and it’s natural to start comparing ourselves. We become frustrated and start delving into action plans, trying to take control over something the Universe will ultimately provide when the timing is right.  I believe there are lessons that need to be learned before certain things can happen. These lessons will only get more pronounced and more difficult if we don’t take the hint the first time around, and will ultimately end up being those Major Life Lessons we look back on sometimes as turning points – times when things started to turn around.

I’ve had a couple of instances of this in my life, the biggest probably being the lesson of learning to have some sort of self-worth. Going through a string of awful boyfriends in my late teens/early twenties; people who lied, cheated, became emotionally and physically abusive, that I continued to stay with because I didn’t feel I was worth any better. I honestly thought I’d be better off taking what I could get, even it if put me at risk, because it’d be better than being alone. I want to take my younger self and give her a good shaking for allowing this to happen, but you know what? I had to go through it because it was a lesson I needed to learn. The Universe had hinted at it with the first Bad Boyfriend, hinted a little harder with the next, and slapped me in the face with it with the final one when I ended up questioned by the police about how I’d been treated, and spending a chunk of time in the hospital.  If that’s not a sign I needed to change things, I don’t know what is. But it was the wanting to have control that made it get to that point. Lesson learned, however, and once I’d learned that I had to start believing I was worth more, and set some standards for what’s acceptable, then I was delivered an incredible man who’s helped me grow, believe in myself, and I’ll be marrying in seven weeks’ time.

The other big lesson is one I still believe I’m learning. Do you ever have people in your life who keep showing up, when you wish you could close the door on them and never have to see or hear about them again? People from the past who’ve hurt you, old flames, former friends, people who define you by who you were when you knew them, refuse to see the person you’ve become, and just keep showing up? It’s frustrating. You see their face somewhere and you want to ask the Universe why – why are they still here when all I want to do is move on? The interwoven fabrics of our social networks, especially in the day and age of the Internet, can make this especially hard, and just because you’ve moved on from one relationship doesn’t mean everyone else in both parties’ networks feels the same way.  So what’s the lesson here? Lately, I’ve come to the realisation that the Universe is trying to teach me the lesson of acceptance. Allowing things to be, without reacting to them, without getting frustrated, defensive or annoyed. Accepting the situation that this person still exists and you may bump into them every once in a while, and that’s okay. Let go of frustration, because you know what?

Who cares. This was what a good friend told me a couple of weeks ago when I started fretting about something I couldn’t control. Who cares? Nobody. Nobody at all cares, and if you’ve moved on from a relationship with someone, it doesn’t matter if they still show their face every once in a while. Yes, it would be nice if once doors had been closed on bad relationships, you never had to be reminded of them again, but the reality proves otherwise. You have no control over it, so just accept that they’re here, without getting exasperated about it. Accept that you’ve become a better person since, and it doesn’t matter what the other party thinks, because they’re not in your life any more. There will always be people who’ll talk. People who’ll never move on from the chapter in which your lives intersected. People will be pulled in and out of your gravitational orbit for some reason or another, and you may not want them to. But that’s okay. As long as you make the choice to live the life you want, make the right choices, be the best person you can be, grow from experiences, let go of the past, and focus on making the present the best you can, that’s all you can control.  I think I’m learning this lesson as we speak – and I’m already feeling a whole lot better.

You can also find this post over at Aly’s blog, Breathe Gently, who I was lucky enough to meet in London this summer! If you don’t read her already, I’d highly recommend checking her blog out – she’s an absolute sweetheart, has an amazing story, and is currently travelling across the world 🙂