I don’t drink coffee, I take tea, my dear,

Sting said it so well twenty years ago, and this past Monday, the 19th of April, marked the ten-year anniversary of my living in Canada.  I still vividly remember how I was the day I left home: a young, impressionable, nerdy teenager whose sadness at leaving behind family and friends was balanced by the excitement at the prospect of everything a new continent had to offer.

My parents had taken us to visit Canada once before we moved – three weeks in mid-August, where the city was bathed in sunshine, culture and crowds. We explored neighbourhoods and schools, in one of which I was taken on a tour, soaking in the cliques, the bright colours, the mohawks and the compliments on my accent.  The houses were enormous – I’d be going from living in a house attached at the seams to neighbours we’d hear day and night; children crying, music blaring. The houses here were castles, with basements and three storeys, hardwood floors and space on either side. Approaching  fifteen, I was excited for this adventure.

Soon after we officially arrived, the novelty wore off. I didn’t know anyone. I was put into the IB Program, where the students who actually liked school were given opportunities to fast-track their education, reaching university level courses by the end of high school, and were taught a more challenging, more interesting curriculum. I loved the education, but I didn’t feel I belonged. I watched the “regular program” kids form their friendships, talking of their weekends together, laughing in the hallways, while I sat in the science room eating my lunch, watching the world go by.  I was the quiet new girl, on the outside of something that seemed to have finished forming before I got here.  And, eventually, that was okay.

I spent some time over the next few  years in university, searching for myself, for friends, for a sense of belonging. Anyone who showed the slightest bit of romantic interest in me was given my heart in a hurry, hoping it would be returned in a sense of finally belonging somewhere – to someone. I learned those life lessons the hard way, and my past is littered with naive mistakes, and people, who to this day, continue to define me by them. Yet still, I stand by the belief that those experiences taught me huge amounts about myself, and fuelled my desire to become worthy in my own eyes – to become okay with who I am as a person, and comfortable knowing I’m doing the best I can to be the best person I can.

This city, above everything, has given me an education. An education in school, where I learned how much I loved to – well, learn. Opportunities to learn more about other people, and subsequently about myself. An education in life. And that is quite possibly the most valuable thing I could ever have. But still, ten years later, this city doesn’t feel like home. I don’t look upon it as comforting, nor do I look upon it as something I’m particularly proud of belonging to.  It’s full of things and people that hurt me. It’s bitterly cold for at least six months out of twelve, with temperatures plunging to minus thirty, where people are surrounded by darkness and cold and don’t venture out of their homes unless they have to. The cold kills my back so much. A huge percentage of people here are on social welfare, and choose to remain that way, rather than taking advantage of the resources available to help them achieve independence (I sound horrid, but I’ve worked in the system). I carry leaflets with resources in my purse instead of change. The sidewalks are covered in spit and litter, and the air is filled with cursing and inanity. On 20th of April every year, hundreds of people gather at the city’s legislative building and advocate for smoking marijuana and the stoner lifestyle – lazing around, getting high, and wasting away their lives rather than taking in real life, learning, growing, and contributing to 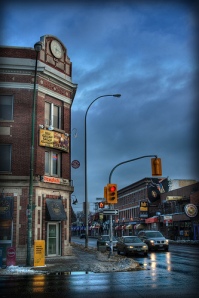 society.  For two weeks in June, the city’s abundant trees (which line every street) are taken over by something bizarre called the canker worm – small green worms that build webs down from the leaves and hang from them in the air, resulting in getting caught on your clothes or in your hair. It’s terrifying. The summers are beautiful but are sabotaged by mosquitoes – I moved into this house in January, 2009, excited at the thought of soaking in the skyline view on summer evenings, on the bank of the river… These thoughts remain dreams, as the skies are filled with blood suckers and the house is covered in fish flies.  There are no historical buildings dating further back than maybe a hundred years – no history, no culture, no identity. No feasts for the eyes – the whole province is flatter than Gwen Stefani’s stomach and any road trips are a test in consciousness.  Elsewhere in the world, whole nations band together with pride at what their country has to offer – beautiful architecture, great music, literature – This place seems to have little to offer the world except Neil Young and Slurpees.

It’s a daily goal of mine to count my blessings, and I am lucky to live in a place that isn’t worn-torn or disease-ridden, in a place where I have a good job and a handful of incredible people. For all these things, I’m truly thankful. But I can’t help but feel I belong somewhere else.  A decade is enough to give somewhere, is it not? To try and make it home? I long for the days of living in England, a country of which I remain proud to this day. A country that offers incredible imagination to the world in the form of entertainment, that is proud to preserve historical sites thousands of years old, that has 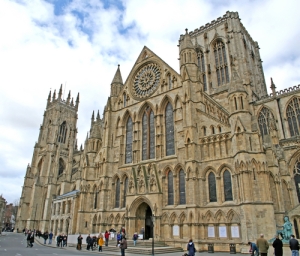 produced some of the greatest literature ever written.  I know there are places elsewhere in the world where I wouldn’t be haunted by people who insist on reminding me of my past. Places where the arts are treasured and promoted, and where the days are long, sunny and warm. Where there’s culture, and mountains, and sea; beautiful buildings, museums, and open skies.  Somewhere to fit in and soak up and feel at home. Somewhere people will welcome me. Somewhere I can feel proud to belong. I feel such a strong calling to get out of this place, but it’s hard when I don’t know where I’m being called to. Australia? A whole new adventure in Ireland, or New Zealand?

My ten year anniversary here is indeed bittersweet, but it’s a chapter of my life I will always cherish, for being full of growth and of learning.  My eyes are open to the possibilities the future may hold, and I’m fuelled by a desire for more. I’m hoping this summer’s trip to England will open my boyfriend’s eyes to the world outside our little city, and who knows, maybe together, we’ll be working towards a common dream… one that isn’t solely mine. It’s so hard to settle when there’s such a big world out there.

Happy ten years, Winnipeg – and thanks for the education.  In the words of the ever-poetic Jason Webley: you may not be my lover, but you’re the map I use to find her. One day, I’ll find somewhere I can call home again.  Until then, I’ll wish hard on my shooting star, and hold onto it tightly until it lands me somewhere I truly belong.