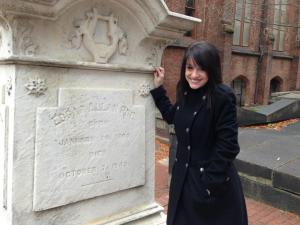 Well, I’ve been back in Winnipeg for about three weeks now since heading to Baltimore last month. I was pretty scared to go to begin with, and the hurricane didn’t do much for alleviating that fear, but the fact that I’m here writing to you should be a good indication of my not dying or getting whisked away to Oz.

The Out and Equal Workplace Summit was pretty incredible. I joined 34 other colleagues from offices across the globe along with close to 3,000 individuals all committed to workplace equality. I don’t even know where to begin – it was such an energizing week full of shared education, experiences, strategies, struggles and hope, and being part of such a large group of like-minded people was nothing short of inspirational. 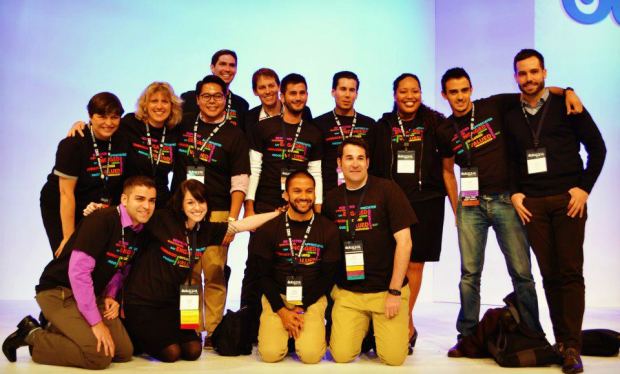 I attended numerous workshops put on by big companies and learned about things like The Trevor Project, designed with the hope for a future “where the possibilities, opportunities and dreams are the same for all youth, regardless of sexual orientation or gender identity.” They are determined to end suicide among LGBT youth. Acceptance and inclusiveness are part of their mantra, and they are rooted in the belief that everyone should be treated like a human being. It Gets Better is another fantastic project started in 2010 in response to the suicides of teenagers who were bullied because they were gay.

I also had the chance to attend a session delivered by Google on LGBT issues in a global workplace. Part of their mission includes many diversity and inclusion efforts: “in addition to hiring the best talent, the diversity of perspectives, ideas and cultures leads to the creation of better products and services.” I couldn’t agree more. Throughout the workshop, I found myself simultaneously inspired and saddened. It was encouraging to see such a large company have strong Employee Resource Groups, strong local leadership and support from the executive level to ensure their colleagues are treated with the same respect as their clients – but it was also incredibly eye-opening to see just how much work there still is to be done. I sat behind a representative from a company in Singapore, and had to jot down his awesome comment: “It’s a very restrictive culture there. And I’m all about tearing that shit up.” Yes, we may work in restrictive, conservative cultures, but that doesn’t mean conformity is the answer. Nobody should feel pressured to hide who they really are, and personally, I believe it’s ultimately to the detriment of the offices that foster that sort of environment. When people feel afraid, judged, or reprimanded for bringing their true selves to the workplace, motivation goes out the window.

I also had the chance to attend an interesting workshop put on by Straight for Equality and PFLAG on navigating religion and LGBT issues in the workplace. As a straight atheist, I was highly intrigued to hear how these seemingly mutually exclusive topics could coexist, and actually left quite inspired. I’m not going to go into my feelings toward religion right now, but it was nice to hear of some churches actually taking steps away from judgment and exclusion and initiating things that promote equality for all.

As one of my colleagues stated, “as with every civil rights and equality issue, it’s only when the many come together that we achieve the power of one. There are no women’s rights, gay rights, ethnic minority rights or religious rights… there are only human rights.”

People at work are often afraid to speak up about LGBT issues, despite the fact that 8 out of 10 people in the US know someone who is LGBT. Reasons can range from being afraid of controversy, being opposed based on religious grounds, and being afraid of being thought to be gay – as was my experience when I hung the Pride flag in my office! Again, it was saddening to see these issues so horribly rampant, but somehow comforting realizing you’re not alone.

There are many anti-LGBT arguments out there that simply don’t make sense. Workplace benefits, the right to marry, and adoption legislation should be equal across the board. When they’re not, you’re effectively stating that some people do not deserve the same rights as other human beings. And the fact that this is considered an argument worthy of debate is beyond ridiculous. These are real people who live, breathe, work just as hard and love just as much as everybody else, and to deny them the same basic rights based on who they are is a form of discrimination no different than sexism, ageism or racism.

Before I left, I had an unsettling talk with one of my superiors about the discrepancy between some of the company’s values and the lack thereof existing at the ground level. I am proud to work for a company that promotes diversity, respect, innovation and inclusion, and I am even prouder of all the work that the LGBTA group has done for health and welfare benefits and US tax legislation. But there’s a difference between talking the talk and walking the walk. When I pointed out the incongruity, the response was a disheartening “you can’t change people”. Is that what people struggled against back in the day when fighting for race equality? Maybe deep down, it is difficult to change people, and maybe it’s not my place to do it. But you can change behaviour, you can promote strong values, and you can lead by example. That’s why we need to keep fighting the fight and standing up for what’s right. (I swear I didn’t mean for that to rhyme. I’d be a terrible rapper.) 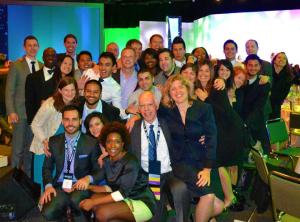 The summit concluded with a glittering gala celebration, hosted by comedian Kate Clinton who reminded us of the safety and acceptance we all deserve in our workplaces. Guest speaker Brigadier General Tammy Smith, the first openly LGBT officer of flag rank in the US Army, shared her experience of successfully rising through the ranks while struggling to remain true to herself. Her resounding remarks illuminated the importance of each individual’s presence at Summit and future equality efforts.  Addressing all attendees, sponsors, volunteers and staff, Tammy said: “If I am able to stand here as a soldier and as my authentic self, it’s thanks to you. Don’t stop, don’t even slow down in creating equal workplaces. I am in your debt.” I sat next to someone who recognised my name as “the one who’s done so much for the gays.” 🙂  And Sister actual Sledge performed!!

I spent much of the remainder of that evening crying instead of packing. If you know me personally, you’ll already know that crying is about as normal to me as breathing (I just feel really hard!), but that closing night, I couldn’t help but sob. It was a mixed bag of feelings – gratitude for having been given such an incredible opportunity, sadness after hearing so many stories of injustice and discrimination, fear of being too small to make the amount of change so desperately needed, inspired by the inclusion and diversity efforts of so many organizations out there, and the blessing of having met such an amazing group of brilliant world-changers. 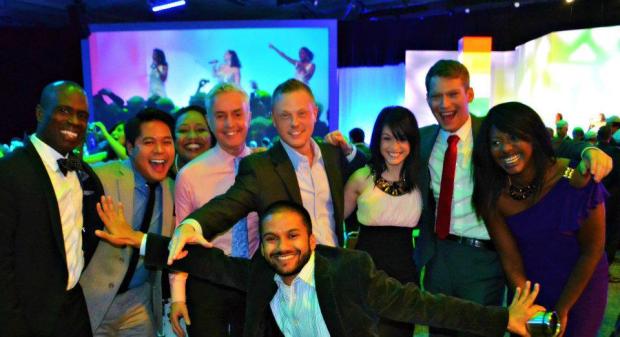 In the words of a colleague and friend: “the conference sneaks it way into your heart and slaps you awake with its true relevance. Empowered by the passion and energy for human rights, educated and armed by workshops, panels and discussions, I am reminded of the privilege and duty I have to keep evolving as a man… as a gay man. I was touched spiritually and prayed with strangers in an exhibit hall. I was brought to tears more than once hearing others’ stories, witnessed true strength and courage of those that have formed friendships that fill a void left by families, and recognized the enormous sense of family and community. Thankful for the opportunity and the blessing. My love to all those who touched my heart this week and entered into my life. May we continue to empower each other.”