Peel the scars from off my back,
I don’t need them any more,
You can throw them out
Or keep them in your mason jars,
I’ve come home

If you told me a month ago I would now be happier and feeling more at home than I have in my entire life, I probably would have sent you back to the TARDIS to try another point in spacetime after clearly getting the wrong coordinates. I didn’t imagine that in such a short time, what would commonly be seen as one of the worst things that could happen in a lifetime was the catalyst that led me toward the path that genuinely feels more right than anything. I’ve always been a huge advocate for the power of choice, and when everything that’s supposedly certain is pulled out from under your feet leaving you hanging in mid-air, you really do have one: panicking at the loss of control, or shifting your focus toward something you can, and trusting that by allowing yourself to be open to a whole new beginning instead of frantically clinging onto a door already closed, the universe will deliver. And here I sit, a few months later, more secure, happy, and genuinely at peace than I think I ever have been. But I’m not going to lie and say that dealing with people’s reaction to the supposedly abnormal feelings of wellbeing hasn’t been a challenge. 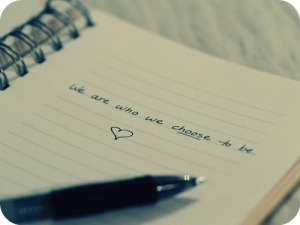 There aren’t a lot of things in life that bother me, but one of them definitely comes in the form of people passing judgment before hearing a whole story, or put more simply: gossip. There have been all sorts of interesting studies about our propensity for talking about people who aren’t in the room, and the psychology of it is rather fascinating. On the plus side, it serves as something that bonds social group members together and can result in feelings of interconnectedness and belonging. But on the reverse, it can destroy friendships and reputations, and can lead one to feelings of alienation, humiliation and belittlement over invented or assumed stories passed through the rumour mill with little to no truth at all. So why is it that the human race is so quick to judge others without first bothering to hear the truth?

As I’m sure many of us experience at some point or another, I’m no stranger to being talked about. I think us bloggers especially may even inadvertently bring it upon ourselves: by putting our hearts, hopes, fears and dreams out there for the whole world to see, naturally there are going to be some old blasts from the past, jealous haters or other Internet trolls that are going to latch onto something you say and use it to fuel spiteful comments or make judgment about you. Something I’ve been tossing about my head lately is something about which I’m not sure how to feel: you know I’m hugely passionate about the idea of giving your all to everyone and everything, but the trouble with always pouring your soul into every open door is the fact that every subsequent occupant will have a piece of you that may no longer reflect the person you are today. This leads to incredible frustration when judgments are passed on those pieces of the past – everyone’s life path is strewn with wrong turns and mistakes here and there, but we become who we are today by learning from them. They’re not one-stop destinations that accurately describe present-day you, but when people’s only impression of you is from a period in which you were learning those lessons, the consequential judgment and skepticism can be hard to take. 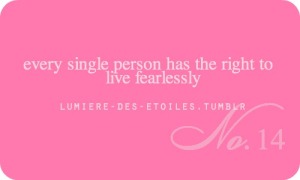 Yes, I believe the past plays a huge role in shaping who we are now, but I don’t think we have to wear our history like a map on our face.  Enormous feelings of discontent can evaporate when you realise you have the choice to play along with people’s tendencies to define you by your past, or see yourself as the only true author of your own future. You may have been someone else once, but that doesn’t mean you’re the same person today. If nobody ever learned or grew or changed their ways, what a stale, hopeless world we would find ourselves in. The past definitely shapes who we become, but it doesn’t need to accompany us every day telling us who we “are”. The danger comes when we start to give credit to other people’s decisions that we are the sum of our past mistakes. If we keep telling ourselves the same stories, we start to believe them.  And in doing so, we construct our own prison cells caging us in from our true potential.

It’s tough not to listen when it feels like the rest of the world’s definition of you is stuck on who you were, overlooking the possibility you could have done any sort of growth since. For the last few weeks, I have been infinitely happier, more content and more secure than I can ever remember being. Lame sap that I am, I told someone recently that in hindsight, it seems that until this point, I’d been living with only ten percent of my heart and simply assuming that that was what life was. Feelings of intense wellbeing and the loss of fear and anxiety that have been such fierce companions for so long are now, for the first time, daily occurences, but people are having a hard time believing it, and tend to meet my mentality with suspicion. Lately, I’m filled with such passion, joy, and a sense of certainty – it feels like I’ve been living in a world of black and white and I’ve finally stepped into technicolour. But why is it so hard to believe that I’m fully capable of being happy?

The reason I’ve been able to move forward so quickly is, I think, through acceptance. It was one of the goals I wanted to implement this year and it’s something that’s helped me see things with incredible clarity. I look back on the last few years and see so clearly that I was settling; on the surface, going through the motions of what one would assume to be a relatively typical life, yet on the inside, wishing every day for things to be that little bit different. Wishing I didn’t have to worry, or second-guess. Wishing I didn’t have to wonder about what was being said behind my back. Wishing for contentment, security, and genuine happiness. Wishing for compatibility. Wishing for the feeling of dread in the pit of my stomach to go away, and wishing that the stuff of fairytales existed in the real world. Wishing I didn’t have to wish so much. Looking back, I know without any shadow of a doubt that that ongoing feeling of discontent was a sign from the universe, and I’ve learned that if something feels wrong, it probably is, and no matter how much you overlook it, go along with a pretense or invest in endeavours to fix it, if you are on the wrong path, something spectacularly catastrophic will happen to open your eyes, and force you onto the right one. It’s happened before, and as a result, it made it that much easier to recognise this time around. I’m genuinely grateful for things taking the direction they did, because they led me to what currently feels like the best chapter of my entire life. And when you know in your heart that things genuinely happen for a reason, that things weren’t right, and that the only thing you can control is the here and now… it makes getting on with the future that much easier. Another goal of mine this year was not to waste any time. So why not choose action? Why not grab hold of opportunities life throws your way and have faith that they could be amazing? I can understand holding onto the past if you’ve lost something that was. But when it was something ultimately uncertain and at times, destructive, why not allow yourself close the door behind you and step into a brighter future just because it may not be the social norm? 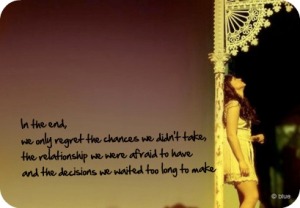